The attacks, which have not been confirmed by the VPN developers, represent the most recent privacy broadsides against the VPN industry. Two similar blunders have been revealed to the public since 2019, including one massive data leak that exposed several VPN apps’ empty promises to collect “no logs” of their users’ activity. In that data leak, not only did the VPN providers fail to live up to their words, but they also hoovered up additional data, including users’ email addresses, clear text passwords, IP addresses, home addresses, phone models, and device IDs.

For the average consumer, then, the privacy pitfalls begin to paint an all-too-familiar portrait: Users continue to feel alone when managing their online privacy, even when they rely on tools meant to enhance that privacy.

Cybersecurity researcher Troy Hunt, who wrote about the recent data leak on Twitter, called the entire issue “a mess, and a timely reminder why trust in a VPN provider is so crucial.”

He continued: “This level of logging isn’t what anyone expects when using a service designed to *improve* privacy, not to mention the fact they then leaked all the data.”

In late February, a user on a popular hacking forum claimed that they’d stolen account information and credentials belonging to the users of three, separate VPNs apps available on the Google Play store for Android: SuperVPN, GeckoVPN, and ChatVPN.

Despite SuperVPN’s popularity, it is also one of the most harshly reviewed VPN apps for Android devices. Last April, a writer for Tom’s Guide found critical vulnerabilities in the app that so worried him that the review’s headline directed current users to: “Delete it now.” And just one month later, a reviewer at TechRadarPro said that SuperVPN had a “worthless privacy policy” that was cobbled together from other companies’ privacy policies and which directly contradicted itself.

Not more than one year later, that privacy policy has again been thrown into the spotlight with a data leak that calls into question just what types of information the app was actually collecting.

According to CyberNews, the data was taken from “publicly available databases that were left vulnerable by the VPN providers due to developers leaving default database credentials in use.”

The unfortunate truth about the recent VPN app data leak is that this type of data mishap is nothing new.

In 2019, the popular VPN provider NordVPN confirmed to TechCrunch that it suffered a breach the year before. According to TechCrunch:

“NordVPN told TechCrunch that one of its data centers was accessed in March 2018. ‘One of the data centers in Finland we are renting our servers from was accessed with no authorization,’ said NordVPN spokesperson Laura Tyrell.

The attacker gained access to the server—which had been active for about a month—by exploiting an insecure remote management system left by the data center provider; NordVPN said it was unaware that such a system existed.”

Separate from the NordVPN breach, last July, seven VPN providers were found to have left 1.2 terabytes of private user data exposed online, according to a report published by the cybersecurity researchers at vpnMentor. According to the report, the exposed data belonged to as many as 20 million users. The data included email addresses, clear text passwords, IP addresses, home addresses, phone models, device IDs, and Internet activity logs.

The seven VPN providers investigated by vpnMentor were:

The researchers at vpnMentor also explained that there was good reason to believe that the seven apps were all made by the same developer. When analyzing the apps, vpnMentor discovered that all of them shared a common Elasticsearch server, were hosted on the same assets, shared the same, single payment recipient—Dreamfii HK Limited—and that at least three of the VPNs shared similar branding and layouts on their websites.

Finally, the report also highlighted the fact that all seven of the apps claimed to keep “no logs” of user activity. Despite this, vpnMentor said that it “found multiple instances of internet activity logs on [the apps’] shared server.”

But, according to vpnMentor, that wasn’t the case, which is a clear breach of user trust.

Let’s put it another way:

Imagine choosing a video baby monitor that promised to never upload your audio recordings to the cloud, only to find that it wasn’t just sending those recordings to an unsecured server, but it was also snapping photos of your baby and sending those pictures along, too.

Which VPN to trust?

The trust that you place into your VPN provider is paramount.

Remember, a VPN can help protect your traffic from being viewed by your Internet Service Provider, which could be a major telecom company, or it could be a university or a school. A VPN can also help protect you from government requests for your data. For instance, if you’re doing investigative work in another country with a far more restrictive government, a VPN could help obfuscate your Internet activity from that government, should it take interest in you.

The important thing to note here, though, is that a VPN is merely serving as a substitute for who sees your data. When you use a VPN, it isn’t your ISP or a restrictive government viewing your activity—it’s the VPN itself.

So, how do you find a trustworthy VPN provider who is actually going to protect your online activity? Here are a few guidelines:

It’s a complicated online world out there, but with the right information and the right, forward-looking research, you can stay safe. 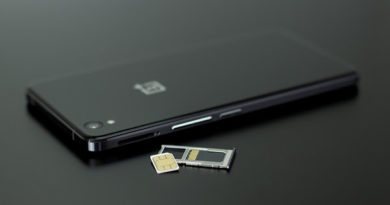 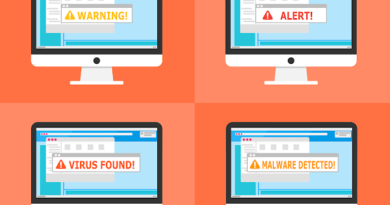 SolarWinds confirmes 18,000 customers may have been impacted