In the last five years, JavaScript sniffers have grown into one of the most dangerous threats for e-commerce businesses. The simple nature of such attacks combined with the use of malicious JavaScript code for intercepting payment data attract more and more cybercriminals, and JS-sniffers became one of the most prominent sources of stolen bank cards on underground markets. However, in one recent campaign we saw a big step forward in attacks on e-commerce websites involving JS-sniffers.

In July 2020, Sansec published an article about the attacks on US and European online shops with the use of JavaScript sniffers (JS-sniffers). The researchers attributed the “clientToken=” campaign to the North Korean APT called Lazarus (aka Dark Seoul Gang, HIDDEN COBRA, Guardians of Peace, APT38, APT-C-26, Labyrinth Chollima, Zinc, Bluenoroff, Stardust Chollima).

The Group-IB Threat Intelligence team looked deeper into these campaigns and identified another campaign involving the same infrastructure. The threat actor went back to the old habit of stealing crypto using a never-before-seen tool. Lazarus attacked online stores which accept cryptocurrency payments through crypto skimmers: JS-sniffers modified for the purpose of stealing crypto currency. Some victims, identified by Sansec, in fact, didn’t fell prey to the clientToken= campaign, but to a different, previously undocumented Lazarus campaign, codenamed BTC Changer by Group-IB researchers. Group-IB’s TI&A team identified BTC addresses used by Lazarus and have analyzed the transactions. Group-IB found additional evidence of Lazarus involvement in the campaigns.

Group-IB researchers analyzed the newly discovered attacks, described the links with the clientToken= campaign, analyzed the transactions associated with the wallets controlled by the gang, and estimated Lazarus’ profits from the use of crypto-stealing JS-sniffers at 0.89993859 BTC ($8,446,55 at the moment of the transaction and $52,611 as of April 9, 2021) and 4.384719 ETH, ($9,047 as of April 9, 2021).
Initial discovery
The clientToken= campaign conducted by Lazarus and identified by Sansec started in May 2019. During the campaign, the attackers used a list of compromised websites for hosting malicious JavaScript files to steal bank card information from European and US online shoppers:

Group-IB researchers discovered that, in late February 2020, Lazarus started using a modified version of the malicious JavaScript script that was initially used during the clientToken= campaign all the while using the same infrastructure. The new version had the same names of functions, but bank card harvesting was replaced with cryptocurrency skimming and they started targeting companies who accepted payments in BTC. The new version of the malicious JavaScript, which Group-IB researchers named Lazarus BTC Changer, was designed to switch the destination payment address to the attackers’ BTC address.

While analyzing Lazarus BTC Changer, we identified three compromised websites, two of which were listed in Sansec’s article as victims of the clientToken= campaign: “Realchems” (https://realchems.com/) and “Wongs Jewellers” (https://www.wongsjewellers.co.uk/). In the case of Wongs Jewellers, we identified a sample of Lazarus BTC Changer on their website, but we did not find any evidence that the shop accepts cryptocurrency, so the attackers probably added Lazarus BTC Changer to the website by mistake. The third victim is an Italian luxury clothes shop, but malicious code was removed from the website at the moment of analysis.
SAMPLES

Like all traditional JS-sniffers, Lazarus BTC Changer detects when users are on the checkout page of an infected website, but instead of collecting bank card details, it replaces the BTC or ETH address owned by the shop with an address used by the hackers. A snippet of such JavaScript code is shown in Figure 2 along with the BTC address used by the attackers (1MQC6C4FVX8RhmWESWsazEb5dyDBhxH9he) and the ETH address (0x460ab1c34e4388704c5e56e18D904Ed117D077CC).

Fig. 2: Lazarus BTC Changer sample with BTC and ETH addresses
In late March 2020, the attackers added a fake web payment form to their arsenal. The form opens in an iframe element.

Fig. 3: Lazarus BTC Changer with a fake payment form
The fake form (Figure 4) asks that the payment be made directly to the BTC address controlled by the hackers (1MQC6C4FVX8RhmWESWsazEb5dyDBhxH9he). Despite the fact that the form mentions one particular target (Realchems), the attackers used the same fake form in the samples injected into the source code of the other two target websites.

Fig. 4: Fake payment form, which opens in an iframe element
While analyzing the source code of the fake payment form (Figure 5) Group-IB Threat Intelligence researchers found that it was saved from the Realchems website using SingleFile browser extension. For each saved page SingleFile creates a comment with the URL address of the page and the saved date using Date() JavaScript object. In this case the comment contains the text in Korean “그리니치 표준시” (Greenwich Mean Time), which indicates that the page was saved on the device with Korean locale.

Group-IB analyzed the transactions associated with the BTC addresses controlled by Lazarus and discovered that the adversaries most likely used CoinPayments.net. An analysis of money transfers from the attackers’ BTC addresses, extracted from the Lazarus BTC Changer samples, to the address 35dnPpcXMGEoWE1gerDoC5xS92SYCQ61y6 revealed three transactions to BTC wallets allegedly owned by CoinPayments.net. CoinPayments.net is a payment gateway that allows users to conduct transactions involving Bitcoin, Ethereum, Litecoin, and other cryptocurrencies. As such, Lazarus may have used it to facilitate cryptocurrency exchanges and transfers to external cryptocurrency addresses. The website’s KYC (Know Your Customer) policy could theoretically help identify individuals behind these attacks.
ANALYSIS OF WALLETS

We tracked all outgoing transactions from the BTC addresses used by the attackers and extracted from Lazarus BTC Changer samples. We found that all stolen funds were transferred to a single address (35dnPpcXMGEoWE1gerDoC5xS92SYCQ61y6) as a result of transaction a929c7 (https://www.blockchain.com/btc/tx/a929c7d3b7ae58eb5b833460017016267f7ac66cbd16ad0 b4c4d4c9b3f50406a). From this point onward, we used a short form of transaction IDs instead of full IDs because of the length. Let’s take a look at how all funds were transferred before this transaction.

Further investigation didn’t provide any useful connections between the BTC addresses and public cryptocurrency services, so it is unclear where the funds were subsequently transferred.

Fig. 7: Transactions after withdrawal from all BTC addresses used by the attackers
Conclusion
Group-IB researchers identified a previously undocumented campaign: Lazarus BTC Changer, attributed to the North Korean hacker group called Lazarus. The campaign marks the first time that Lazarus used malicious JS-sniffers to steal cryptocurrency. As part of the campaign, Lazarus used the same infrastructure as in the clientToken= campaign (described by Sansec researchers) and a modified version of the clientToken= JavaScript sniffer. Combined with the gang’s track record of going after crypto, the campaign makes it possible to attribute the attacks to Lazarus with a high level of confidence.

Group-IB researchers believe that after the gang successfully tested new tools on small e-commerce stores, it will be able to switch to more prominent targets for bigger gains.

Recommendations provided by the experts to prevent this kind of attacks are available at the original post:

The post Lazarus BTC Changer. Back in action with JS sniffers redesigned to steal crypto appeared first on Security Affairs. 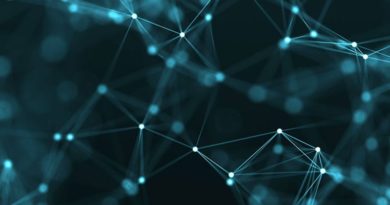 How we took part in MLSEC and (almost) won

(324)
$40.00 $23.99 (as of November 27, 2021 07:07 GMT +00:00 - More infoProduct prices and availability are accurate as of the date/time indicated and are subject to change. Any price and availability information displayed on [relevant Amazon Site(s), as applicable] at the time of purchase will apply to the purchase of this product.)