In late August and early September 2021, Kaspersky technologies detected attacks with the use of an elevation of privilege exploit on multiple Microsoft Windows servers. The exploit had numerous debug strings from an older, publicly known exploit for vulnerability CVE-2016-3309, but closer analysis revealed that it was a zero-day. We discovered that it was using a previously unknown vulnerability in the Win32k driver and exploitation relies heavily on a technique to leak the base addresses of kernel modules. We promptly reported these findings to Microsoft. The information disclosure portion of the exploit chain was identified as not bypassing a security boundary, and was therefore not fixed. Microsoft assigned CVE-2021-40449 to the use-after-free vulnerability in the Win32k kernel driver and it was patched on October 12, 2021, as a part of the October Patch Tuesday.

Besides finding the zero-day in the wild, we analyzed the malware payload used along with the zero-day exploit, and found that variants of the malware were detected in widespread espionage campaigns against IT companies, military/defense contractors, and diplomatic entities.

We are calling this cluster of activity MysterySnail. Code similarity and re-use of C2 infrastructure we discovered allowed us to connect these attacks with the actor known as IronHusky and Chinese-speaking APT activity dating back to 2012.

The discovered exploit is written to support the following Windows products:

The list of supported products and supported Windows 10 build numbers, explicit declaration of server OSs and the fact that exploits were only discovered in attacks on servers, all lead us to believe the exploit was developed and advertised as a solution to elevate privileges on servers.

In the discovered exploit attackers are able to achieve the desired state of memory with the use of GDI palette objects and use a single call to a kernel function to build a primitive for reading and writing kernel memory. This step is easily accomplished, because the exploit process is running with Medium IL and therefore it’s possible to use publicly known techniques to leak kernel addresses of currently loaded drivers/kernel modules. In our opinion, it would be preferable if the Medium IL processes had limited access to such functions as NtQuerySystemInformation or EnumDeviceDrivers.

Our deep dive into the MysterySnail RAT family started with an analysis of a previously unknown remote shell-type Trojan that was intended to be executed by an elevation of privilege exploit. The sample which we analyzed was also uploaded to VT on August 10, 2021. The sample is very big – 8.29MB. One of the reasons for the file size is that it’s statically compiled with the OpenSSL library and contains unused code and data belonging to that library. But the main reason for its size is the presence of two very large functions that do nothing but waste processor clock cycles. These functions also “use” randomly generated strings that are also present in a binary.

We assume these two functions are used as an AV-evasion technique for the purpose of anti-emulation. This theory is supported by the presence of other redundant logics and the presence of a relatively large number of exported functions while the real work is performed by only one of them. 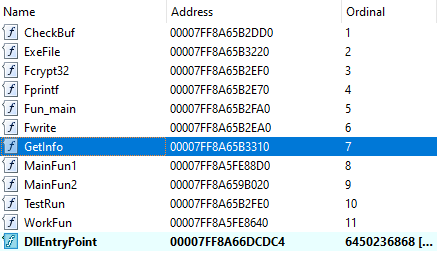 Names of exported functions; the actual business logic is executed from function “GetInfo”

The sample has two hardcoded URLs present in plain text – “www[.]disktest[.]com” and “www[.]runblerx[.]com”. They are put into class variables for intended use, but remain unused; the real C2 address is decoded by a single byte xor – “http[.]ddspadus[.]com”.

The malware enumerates the values under the “SoftwareMicrosoftWindowsCurrentVersionInternet SettingsProxyServer” registry key and uses them to request tunneling through a proxy server in case it fails to connect to the C2 directly.

The malware itself is not very sophisticated and has functionality similar to many other remote shells. But it still somehow stands out, with a relatively large number of implemented commands and extra capabilities like monitoring for inserted disk drives and the ability to act as a proxy.

Inbound and outbound commands have the same binary-based format that is provided below. All communication is encrypted with SSL.

Before receiving any commands, the malware gathers and sends general information about the victim machine. This information includes:

One interesting fact is that “Campaign name” by default is set to “windows”. This name gets overwritten, but it might indicate there are versions of the same RAT compiled for other platforms.

In total, the RAT implements 20 commands. Their description and command IDs are provided in the table below.

The analysis of the MysterySnail RAT helped us discover campaigns using other variants of the analyzed malware as well as study and document the code changes made to this tool over a six-month period. We provide more info about these variants and campaigns in our private report.

With the help of Kaspersky Threat Attribution Engine (KTAE) and the discovery of early variants of MysterySnail RAT we were able to find direct code and functionality overlap with the malware attributed to the IronHusky actor. We were also able to discover the re-use of C2 addresses used in attacks by the Chinese-speaking APT as far back as 2012. This discovery links IronHusky to some of the older known activities.

Kaspersky products detect the CVE-2021-40449 exploit and related malware with the verdicts:

Kaspersky products detected these attacks with the help of the Behavioral Detection Engine and the Exploit Prevention component. CVE-2021-40449 is the latest addition to the long list of zero-days discovered in the wild with the help of our technologies. We will continue to improve defenses for our users by enhancing technologies and working with third-party vendors to patch vulnerabilities, making the internet more secure for everyone.

More information about these attacks and the actor behind them is available to customers of the Kaspersky Intelligence Reporting service. Contact: [email protected]

Kaspersky would like to thank Microsoft for their prompt analysis of the report and patches. 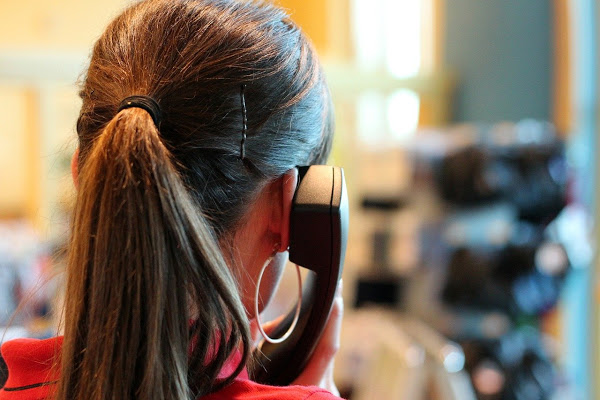 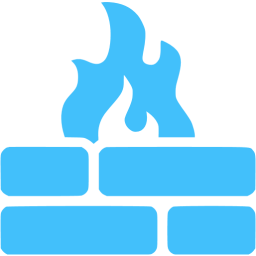 (947)
$49.95 $32.12
No Starch Press
(as of June 26, 2021 22:58 GMT +01:00 - More infoProduct prices and availability are accurate as of the date/time indicated and are subject to change. Any price and availability information displayed on [relevant Amazon Site(s), as applicable] at the time of purchase will apply to the purchase of this product.)

(309)
$40.00 $27.99 (as of June 26, 2021 22:58 GMT +01:00 - More infoProduct prices and availability are accurate as of the date/time indicated and are subject to change. Any price and availability information displayed on [relevant Amazon Site(s), as applicable] at the time of purchase will apply to the purchase of this product.)

(333)
$29.99 $16.99 (as of June 26, 2021 22:58 GMT +01:00 - More infoProduct prices and availability are accurate as of the date/time indicated and are subject to change. Any price and availability information displayed on [relevant Amazon Site(s), as applicable] at the time of purchase will apply to the purchase of this product.)

(107)
$24.95 (as of June 26, 2021 22:58 GMT +01:00 - More infoProduct prices and availability are accurate as of the date/time indicated and are subject to change. Any price and availability information displayed on [relevant Amazon Site(s), as applicable] at the time of purchase will apply to the purchase of this product.)