The Lazarus group is currently one of the most active and prolific APT actors. In 2018, Kaspersky published a report on one of their campaigns, named Operation AppleJeus. Notably, this operation marked the first time Lazarus had targeted macOS users, with the group inventing a fake company in order to deliver their manipulated application and exploit the high level of trust among potential victims. As a result of our ongoing efforts, we identified significant changes to the group’s attack methodology. To attack macOS users, the Lazarus group has developed homemade macOS malware, and added an authentication mechanism to deliver the next stage payload very carefully, as well as loading the next-stage payload without touching the disk. In addition, to attack Windows users, they have elaborated a multi-stage infection procedure, and significantly changed the final payload. We assess that the Lazarus group has been more careful in its attacks following the release of Operation AppleJeus and they have employed a number of methods to avoid being detected.

These three macOS installers use a similar post installer script in order to implant a mach-o payload, as well as using the same command-line argument when executing the fetched second-stage payload. However, they have started changing their macOS malware. We recognized a different type of macOS malware, MarkMakingBot.dmg (be37637d8f6c1fbe7f3ffc702afdfe1d), created on 2019-03-12. It doesn’t have an encryption/decryption routine for network communication. We speculate that this is an intermediate stage in significant changes to their macOS malware.

During our ongoing tracking of this campaign, we found that one victim was compromised by Windows AppleJeus malware in March 2019. Unfortunately, we couldn’t identify the initial installer, but we established that the infection started from a malicious file named WFCUpdater.exe. At that time, the actor used a fake website: wfcwallet[.]com

The actor used a multi-stage infection like before, but the method was different. The infection started from .NET malware, disguised as a WFC wallet updater (a9e960948fdac81579d3b752e49aceda). Upon execution, this .NET executable checks whether the command line argument is “/Embedding” or not. This malware is responsible for decrypting the WFC.cfg file in the same folder with a hardcoded 20-byte XOR key (82 d7 ae 9b 36 7d fc ee 41 65 8f fa 74 cd 2c 62 b7 59 f5 62). This mimics the wallet updater connected to the C2 addresses:

After that, it carries out the malware operator’s commands in order to install the next stage permanent payload. The actor delivered two more files into the victim’s system folder: rasext.dll and msctfp.dat. They used the RasMan (Remote Access Connection Manager) Windows service to register the next payload with a persistence mechanism. After fundamental reconnaissance, the malware operator implanted the delivered payload by manually using the following commands:

In order to establish remote tunneling, the actor delivered more tools, executing with command-line parameters. Unfortunately, we have had no chance to obtain this file, but we speculate that Device.exe is responsible for opening port 6378, and the CenterUpdater.exe tool was used for creating tunneling to a remote host. Note that the 104.168.167.16 server is used as a C2 server. The fake website hosting server for the UnionCryptoTrader case will be described next.

While tracking this campaign, we identified more heavily deformed macOS malware. At the time, the attacker called their fake website and application JMTTrading. Other researchers and security vendors found it too, and published IoCs with abundant technical details. Malware Hunter Team tweeted about this malicious application, Vitali Kremez published a blog about the Windows version of the malware, and Object-See published details about the macOS malware. We believe these reports are sufficient to understand the technical side. Here, we would like to highlight what’s different about this attack.

We also identified another macOS targeted attack that took place very recently. The malicious application name in this case is UnionCryptoTrader. After compiling a threat intelligence report for our customers, one security researcher (@dineshdina04) discovered an identical case, and Objective-See published a very detailed blog on the macOS malware used in this attack. The Objective-See blog goes into sufficient detail to explain the malware’s functionality, so we will just summarize the attack:

We also found a Windows version of the UnionCryptoTrader (0f03ec3487578cef2398b5b732631fec). It was executed from the Telegram messenger download folder:

We also found the actor’s Telegram group on their fake website. Based on these, we assess with high confidence that the actor delivered the manipulated installer using the Telegram messenger. Unfortunately, we can’t get all the related files as some payloads were only executed in memory. However, we can reassemble the whole infection procedure based on our telemetry. The overall infection procedure was very similar to the WFCWallet case, but with an added injection procedure, and they only used the final backdoor payload instead of using a tunneling tool.

The UnionCryptoTrader Windows version has the following window showing a price chart for several cryptocurrency exchanges. 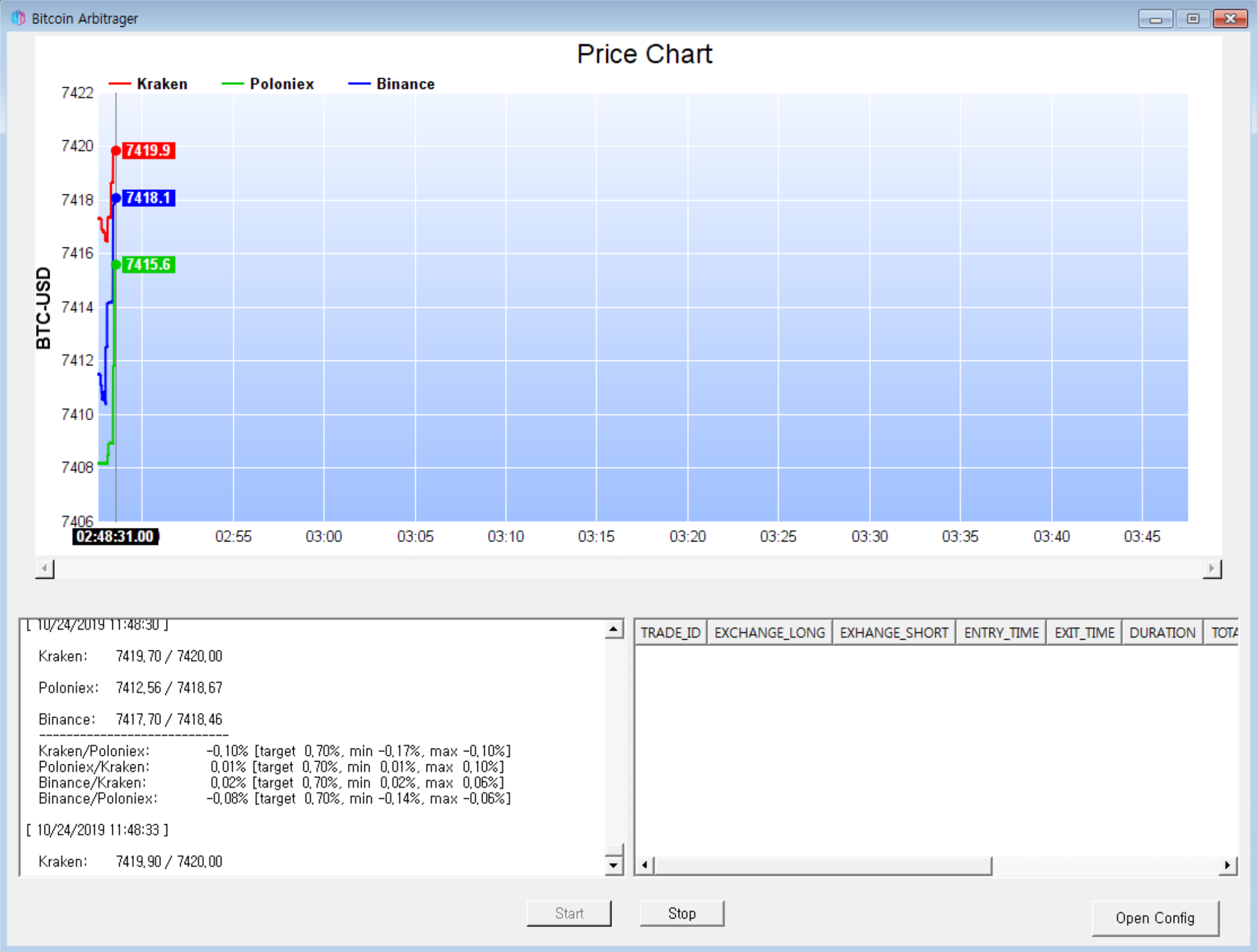 The Windows version of UnionCryptoTrader updater (629b9de3e4b84b4a0aa605a3e9471b31) has similar functionality to the macOS version. According to the build path (Z:Loaderx64ReleaseWinloaderExe.pdb), the malware author called this malware a loader. Upon launch, the malware retrieves the victim’s basic system information, sending it in the following HTTP POST format, as is the case with the macOS malware.

If the response code from the C2 server is 200, the malware decrypts the payload and loads it in memory. Finally, the malware sends the act=done value and return code. The next stage payload (e1953fa319cc11c2f003ad0542bca822), downloaded from this loader, is similar to the .NET downloader in the WFCWallet case. This malware is responsible for decrypting the Adobe.icx file in the same folder. It injects the next payload into the Internet Explorer process, and the tainted iexplore.exe process carries out the attacker’s commands. The final payload (dd03c6eb62c9bf9adaf831f1d7adcbab) is implanted manually as in the WFCWallet case. This final payload was designed to run only on certain systems. It seems that the malware authors produced and delivered malware that only works on specific systems based on previously collected information. The malware checks the infected system’s information and compares it to a given value. It seems the actor wants to execute the final payload very carefully, and wants to evade detection by behavior-based detection solutions. 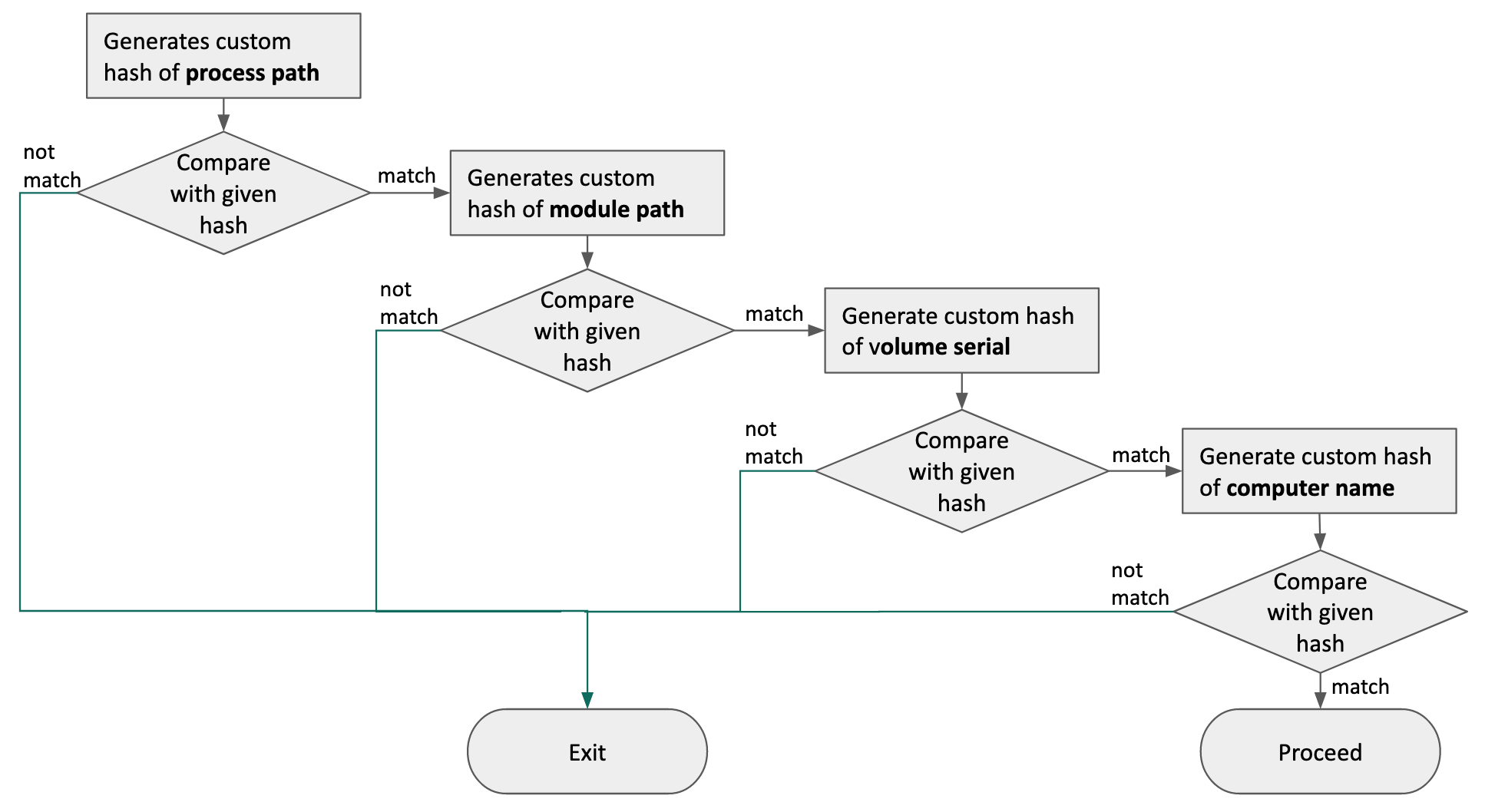 This Windows malware loads the encrypted msctfp.dat file in a system folder, and loads each configuration value. Then it executes an additional command based on the contents of this file. When the malware communicates with the C2 server, it uses a POST request with several predefined headers.

For the initial communication, the malware first sends parameters:

If the response code from the C2 server is 200, the malware sends the next POST request with encrypted data and a random value. The malware operator probably used the random value to identify each victim and verify the POST request.

Finally, the malware downloads the next stage payload, decrypting it and possibly executing it with the Print parameter. We speculate that the DLL type payload will be downloaded and call its Print export function for further infection. We can’t get hold of the final payload that’s executed in memory, but we believe its backdoor-type malware is ultimately used to control the infected victim.

We found several fake websites that were still online when we were investigating their infrastructure. They created fake cryptocurrency-themed websites, but they were far from perfect and most of the links didn’t work. 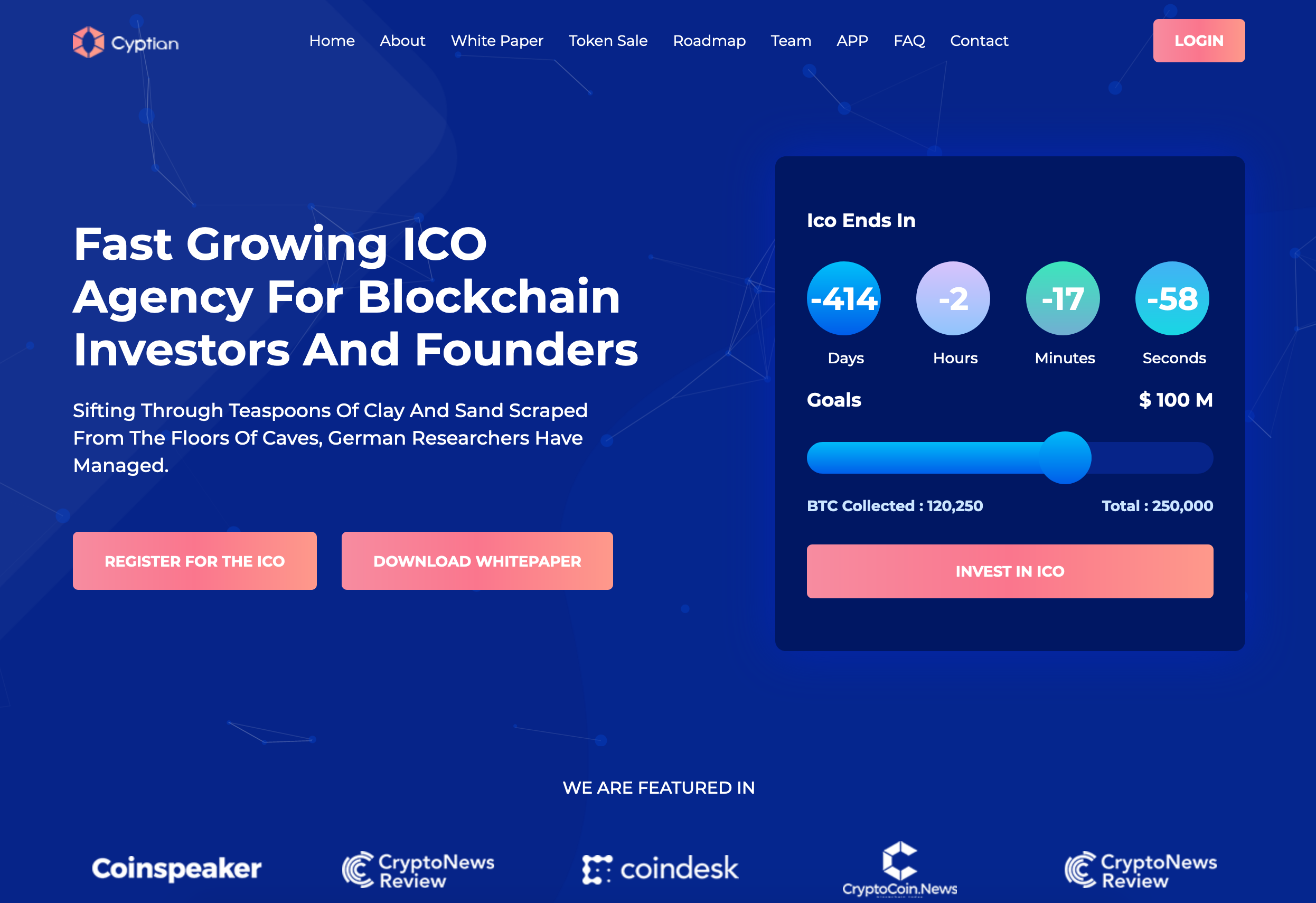 We found an identical Cyptian web template on the internet. We speculate that the actor used free web templates like this to build their fake websites. Moreover, there is a Telegram address(@cyptian) on the Cyptian website. As we mentioned previously, the actor delivered a manipulated application via Telegram messenger. This Telegram address was still alive when we investigated, but there were no more activities at that time. According to the chat log, the group was created on December 17, 2018 and some accounts had already been deleted.

We were able to identify several victims in this Operation AppleJeus sequel. Victims were recorded in the UK, Poland, Russia and China. Moreover, we were able to confirm that several of the victims are linked to cryptocurrency business entities.

The actor altered their macOS and Windows malware considerably, adding an authentication mechanism in the macOS downloader and changing the macOS development framework. The binary infection procedure in the Windows system differed from the previous case. They also changed the final Windows payload significantly from the well-known Fallchill malware used in the previous attack. We believe the Lazarus group’s continuous attacks for financial gain are unlikely to stop anytime soon.

Since the initial appearance of Operation AppleJeus, we can see that over time the authors have changed their modus operandi considerably. We assume this kind of attack on cryptocurrency businesses will continue and become more sophisticated.

Appendix I – Indicators of Compromise 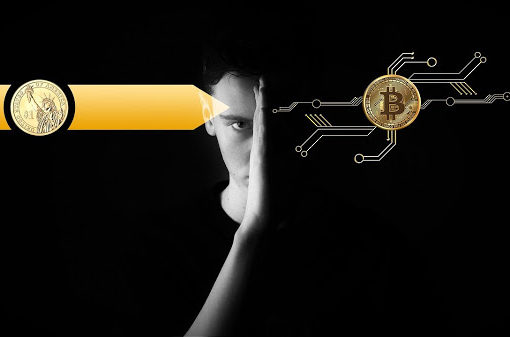 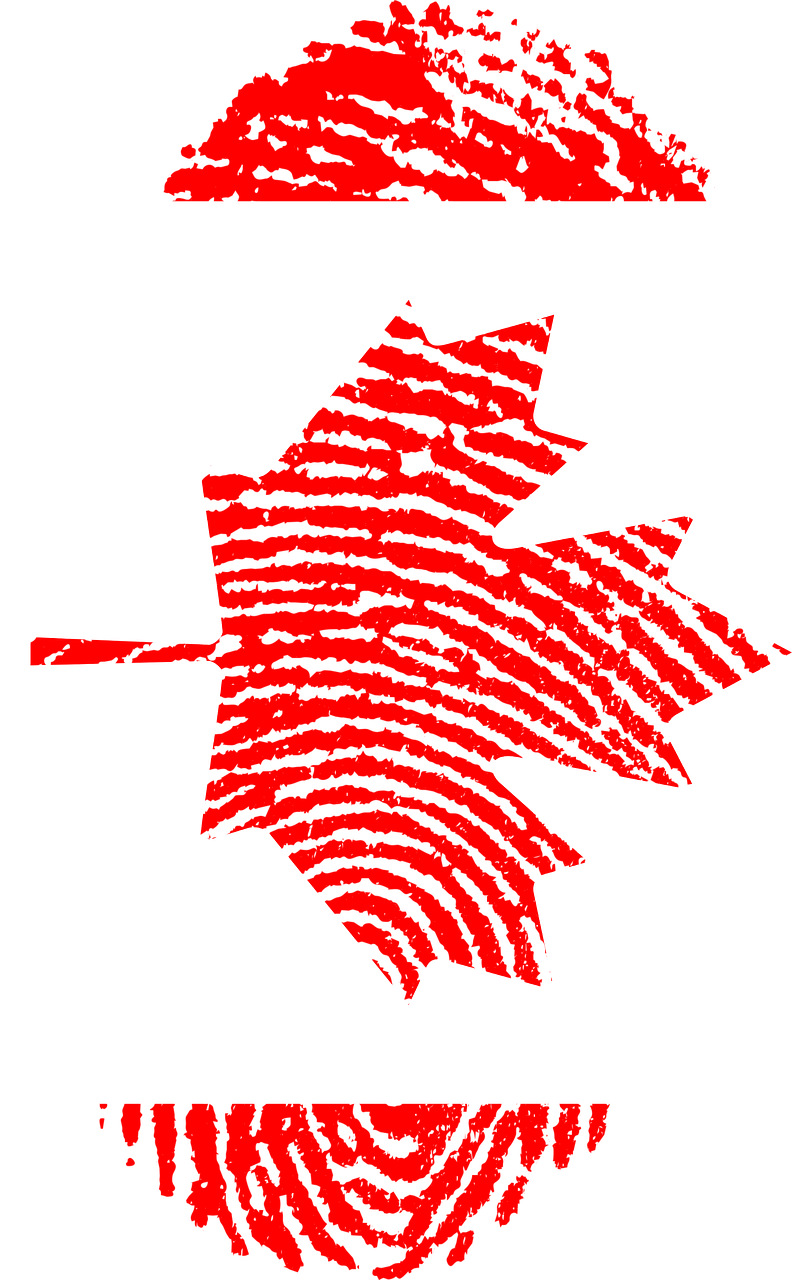 When members of the the Royal Canadian Mounted Police (RCMP) met with the Italian surveillance company Hacking Team in Ottawa in 2011, […]

By David Fiser (Security Researcher) We discovered 8,000 Redis instances that are running unsecured in different parts of the world, even ones […]