Those in the market for a Windows Mixed Reality device may take their chances on any number of options. Topping the list are the Samsung Odyssey and the Oculus Rift. The Samsung Odyssey is newer, but it’s also much more expensive.

The main differences between Samsung Odyssey vs Oculus Rift are: 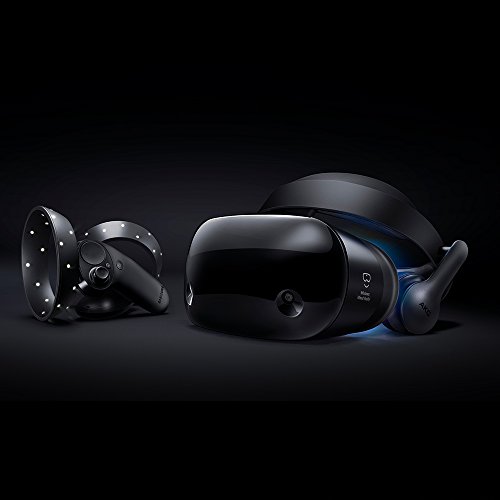 The Samsung Odyssey was released several years ago and it runs on the Windows 10 platform. It’s one of the most expensive VR devices you can buy, but it’s also the only one that includes built-in headphones that have spatial audio.

It also comes with two motion controllers. With these extra components coming standard, you get better visuals and a more complete experience.

Samsung offers high-quality hardware and a product that can stand neck and neck with many others on the market and even surpasses options like Acer and Visor.

If you already own a compatible PC and don’t want to spend an arm and a leg, the Samsung Odyssey is a legitimate player and one worth considering.

While the design is rather plain with no colour accents or anything else to get excited about, it’s functional. It looks a lot like the LG StreamVR that came out a year prior.

There’s a headband that goes straight across your forehead and a rounded visor that’s shiny and has a few engravings. Other than that, everything is matte black and a bit boring.

The entire headset weighs less than one and a half pounds. Some would say it feels cheap, but even if it does leave you with an inexpensive feeling, it’s not poorly made or flimsy. It’s also comfortable to wear, which is half the battle when you have something strapped to your head for hours at a time.

The visor is stationary and doesn’t flip up as some do, but it will move forward a bit so you can slide it onto your head. The device tightens via a dial on the back and the headphones slide on easily.

It’s comfortable enough to wear for long periods and it’s lightweight enough to avoid excessive strain on your neck. There are lighter options, but they’re not nearly as comfortable.

Dual AMOLED displays stand out among the features of the Samsung Odyssey because it’s not offered on many other devices. Each screen has a resolution of 1440 by 1600 with a 60 to 90Hz refresh rate.

This is considerably more than other mixed reality devices. In fact, they might look close on paper, but Samsung’s increased resolution and refresh rate make a huge difference. Visuals are smooth with vivid colours you will definitely notice.

Samsung was already known for its AMOLED displays on their Galaxy phones, and you can see the difference there, too. Samsung offers AMOLED technology that’s very clearly superior.

You’ll experience virtually no lag in your experience when you put the headset on. Your Cliff House is your home base for the Windows MR and jumping into different experiences from there is easy and seamless.

There’s also a cool app that allows you to paint the air using your controllers. You can teleport between each sector in the Cliff House by toggling the analogue stick and pushing your trigger button.

The integrated trackpad allows you to scroll webpages with ease and with a touch of the Windows button, you can exit any experience and go back home.

The controllers work great, but they could be more intuitive. They don’t feel as comfortable or natural in your hands as do some others, like the Oculus Touch.

Cameras enable six degrees of freedom and inside-out tracking so that moving around in your virtual reality feels more natural. There are no external sensors to fiddle with either. Everything in the Samsung Odyssey system is self-contained.

You won’t find this on higher-priced devices like the Oculus Rift or the HTC Vive. Those systems often require that you outfit your entire room for VR. Samsung’s inside-out tracking is convenient, but it also doesn’t stop you from running into objects like furniture.

Without room-scale tracking, it’s easy to get absorbed into an alternate reality and stub your toe or hit the wall with the controller. However, if you’ve never tried a product that warns you when you’re getting too close to something in the real world, you won’t notice it’s missing.

The headphones sound clean and clear. The best part about the headphones is that they’re built-in, so you don’t need to wear an extra accessory with your MR headband. It’s a complete, self-contained device.

The Oculus Rift is a couple of years older than the Samsung Odyssey, and when it launched, it held the promise of changing your gaming world forever. It hasn’t transformed anything yet, but the virtual reality landscape is still evolving.

It also runs on the Windows 10 platform. It has plenty of features and apps, and it still supports older versions of Windows like 7 and 8.1 so you can continue to play games with those systems.

The Oculus Rift headset is sleek and elegant. It’s much more stylish than the Samsung Odyssey. However, it requires a wired connection to your computer to work, which feels a bit clunky and counterintuitive to any kind of virtual reality.

It’s not heavy in the hand, but you notice almost immediately that the front visor feels weighty on your head. You’ll definitely be able to tell you’re wearing a headset the longer you’re in your alternate reality.

Dense foam cushions position it comfortably against your skin, and there’s a snug fit, but it’s not too tight. The adjustable straps allow you to fit it to your face so you get the perfect VR experience. 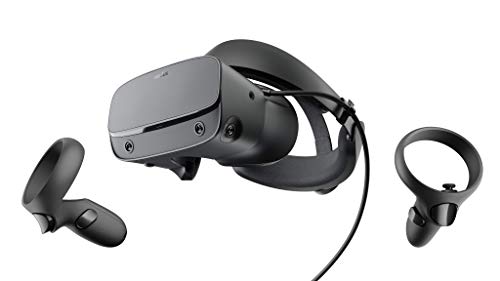 The Oculus Rift comes with a set of headphones, but they’re not built into the device. You slip those on after you position the headband. They can be rotated on or off your ear without removing them completely, which is a nice feature.

The headphones have 3D surround sound and they offer audio clarity. However, they tend to disconnect occasionally, which is a pain when you’re in the middle of a game.

To combat this, you can use your own headphones. The Oculus Rift doesn’t box you into their headphones if you don’t want to use them.

The Oculus Rift works with Xbox One controllers, which is handy for those who already have an Xbox One and are familiar with how they work. However, the Oculus Touch controllers are much nicer.

They fit perfectly in the hand and feel like they belong there. Gaming is more intuitive and navigating menus is seamless with the Touch controllers.

One design flaw that many complain about is how easy it is to get motion sickness. You could argue that the virtual reality technology on the Oculus Rift is just that good, but the point of gaming is to have fun, so this could be a problem for some.

If you have the proper equipment, your Oculus Rift experience will be exceptional. With a compatible PC and the right specifications, you get rock-solid performance. You won’t notice any dropped frames, screen tears, or lag at all.

You’re getting quality games, apps, and hardware. Tracking is sturdy and the response time is immediate to the naked eye. The selection of games well exceeds that of other platforms, making this a great purchase for serious gamers. Plus, the library is constantly updated.

To avoid motion sickness, you can set your Oculus Rift to one of three different levels: comfortable, moderate, or intense. If you want to feel your stomach churn, go for the intense setting. If you feel like you may vomit, dial it back to comfortable.

Switching between games and apps is an easy process with a home screen that really feels like home. You’re plopped in the middle of a comfortable living room with a couch and a fireplace.

The interface where you search the game store is very well designed and easy to navigate. While the literal home screen may feel gimmicky, it’s a great introduction into virtual reality for those who haven’t gotten their feet wet yet.

For those who are more visual, here’s a quick comparison chart with an overview of each system.

The world of virtual reality is still confusing to some, so here are some frequently asked questions to help.

Is The Samsung Odyssey Worth It?

Its graphics are definitely not on par with the HTC Vive or the Oculus Rift, but at a lower price point, if you already own a compatible PC, it’s worth a second look. If you’re just entering into the world of virtual reality, it’s a great way to get some experience without shelling out the big bucks.

Is the Samsung Odyssey Wireless?

Currently, no. However, with a new wireless Samsung Odyssey coming in 2020, you might as well say yes. Add that to the list of benefits that the Samsung Odyssey has over other VR headsets.

Does the Samsung Odyssey Need Bluetooth?

What Do You Need To Run An Oculus Rift?

Unfortunately, the specs required to run your Oculus Rift are pretty demanding. In fact, that’s one of the costs you should expect to incur if you choose to buy this model. You’ll need a desktop model, and the tower alone could cost you at least $1000.
Here’s what you’ll need to get the most out of your Rift:
– Windows 7 or newer
– 2 USB 3.0 ports
– HDMI 1.3 video output
– 8GB RAM
– Intel i5 or greater processor
– NVIDIA GTX 970/AMD 290 or better

The biggest advantage of the Oculus Quest is that it’s wireless. You won’t find that in the Oculus Rift. The display resolution is a bit higher, giving you better graphics, too. However, the Quest is less powerful and there aren’t as many games available for it yet.

Can Oculus Rift Connect To Xbox One?

You can now stream Xbox One games from your console to your Oculus Rift. The streaming app is free on the Xbox One store, meaning your game library is expanded, but only if you already own an Xbox One. Otherwise, chalk that up to another expense in order to increase your Oculus Rift’s usability. 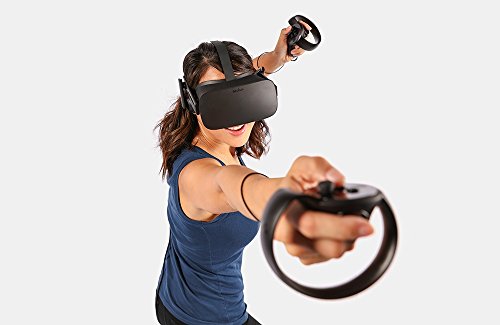 If you’re in the market for a virtual reality device, these two come highly recommended. They each have their benefits and pitfalls, but they offer quality devices that work well.

The Samsung Odyssey is a bit more affordable and comes with excellent resolution and built-in audio, but there aren’t as many options for connecting external components. You don’t have the same large game library, either. However, you’ll enjoy a lighter weight, more comfortable solution.

The Oculus Rift truly is one of the best VR devices on the market. The problem is you’re going to pay high dollar for a compatible PC just to experience its greatness. The gaming library is beyond compare, and with the connection to Xbox One, you can expand your library even more.

The downfall is that you have to have a wired connection, at least for now, which can get in the way. But the ability to connect external components like your own headphones is a plus.

The post Samsung Odyssey vs Oculus Rift – Which is the Best VR Device? appeared first on All Home Robotics. 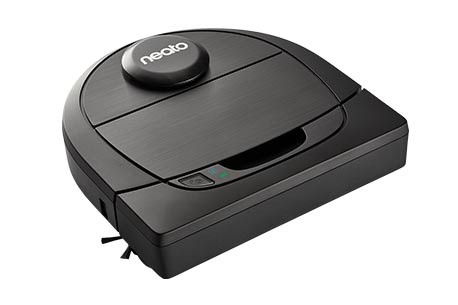 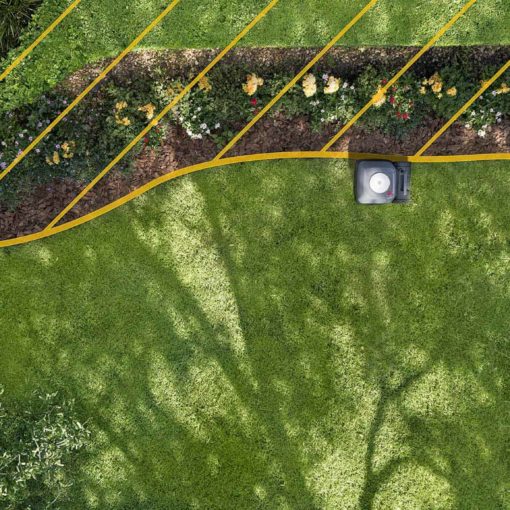 As smart home technology continues to become a larger part of our lives, more and more homes are discovering the benefits of […] 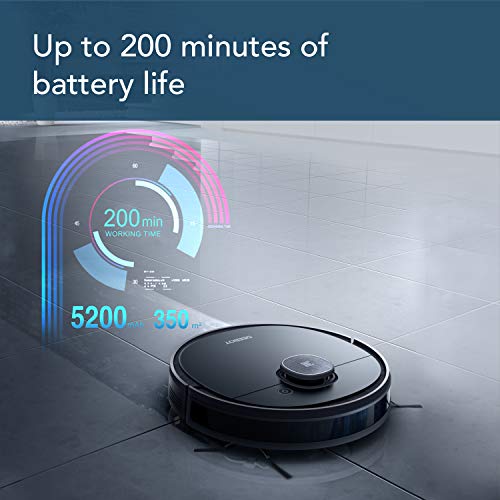 Two of the most well-known brands in the robot vacuum space are iRobot Roomba and Ecovacs Deebot.  How are the two brands […] 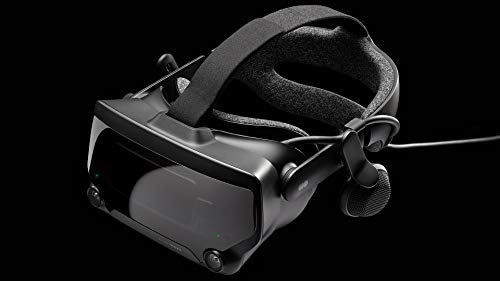 When it comes to quality VR, there are two schools of thought. One is that it doesn’t matter how much it costs, […]