Nearly every year, a trade association, a university, an independent researcher, or a large corporation—and sometimes all of them and many in between—push out the latest research on the cybersecurity skills gap, the now-decade-plus-old idea that the global economy lacks a growing number of cybersecurity professionals who cannot be found.

It is, as one report said, a “state of emergency.” It would be nice, then, if the numbers made more sense.

PK Agarwal, dean of the University of California Santa Cruz Silicon Valley Extension, has followed these numbers for years. He followed the data in personal interest, and he followed it more deeply when building programs at Northeastern University Silicon Valley, the educational hub opened by the private Boston-based university, where he most recently served as regional dean and CEO. During his research, he uncovered something.

“In terms of actual numbers, if you’re looking at the supply and demand gap in cybersecurity, you’ll see tons of reports,” Agarwal said. “They’ll be all over the map.”

He continued: “Yes, there is a shortage, but it is not a systemic shortage. It is in certain sweet spots. That’s the reality. That’s the actual truth.”

Like Agarwal said, there are “sweet spots” of truth to the cybersecurity skills gap—there can be difficulties in finding immediate need on deadline-driven projects, or in finding professionals trained in a crucial software tool that a company cannot spend time training current employees on.

But more broadly, the cybersecurity skills gap, according to recruiters, hiring managers, and academics, is misunderstood. Rather than a lack of talent, there is sometimes, on behalf of companies, a lack of understanding in how to find and hire that talent.

In other words, if you are not able to find a cybersecurity expert for your company, that doesn’t mean they don’t exist. It means you might need help in finding them.

In 2010, the Center for Strategic & International Studies (CSIS) released its report “A Human Capital Crisis in Cybersecurity.” According to the paper, “the cyber threat to the United States affects all aspects of society, business, and government, but there is neither a broad cadre of cyber experts nor an established cyber career field to build upon, particularly within the Federal government.”

Further, according to Jim Gosler, a then-visiting NSA scientist and the founding director of the CIA’s Clandestine Information Technology Office, only 1,000 security experts were available in the US with the “specialized skills to operate effectively in cyberspace.” The country, Gosler said in interviews, needed 10,000 to 30,000.

Though the cybersecurity skills gap was likely spotted before 2010, the CSIS paper partly captures a theory that draws supports today—the skills gap is a lack of talent.

Years later, the cybersecurity skills gap reportedly grew into a chasm. It would soon span the world.

But by 2019, that prediction had already come true, according to a survey published that year by the International Information System Security Certification Consortium, or (ISC)2. The world, the group said, employed 2.8 million cybersecurity professionals, but it needed 4.07 million.

At the same time, a recent study projected that the skills gap in 2021 would be lower than the (ISC)2 estimate for today—instead predicting a need of 3.5 million professionals by next year. Throughout the years, separate studies have offered similarly conflicting numbers.

The variation can be dizzying, but it can be explained by a variation in motivations, said Agarwal. He said these reports do not exist in a vacuum, but are rather drawn up for companies and, perhaps unsurprisingly, for major universities, which rely on this data to help create new programs and to develop curriculum to attract current and prospective students.

It’s a path Agarwal went down years ago when developing a Master’s program in computer science at Northeastern University Silicon Valley extension. The data, he said, supported the program, showing some 14,000 Bay Area jobs that listed a Master’s degree as a requirement, while neighboring Bay Area schools were only on track to produce fewer than 500 Master’s graduates that year.

“There was a massive gap, so we launched the campus,” Agarwal said. The program garnered interest, but not as much as the data suggested.

Agarwal remembered thinking at the time: “What the hell is going on?”

It turns out, a lot was going on, Agarwal said. For many students, the prospect of more student debt for a potentially higher pay was not enough to get them into the program. Further, the salaries for Bachelor’s graduates and Master’s graduates were close enough that students had a difficult time seeing the value in getting the advanced degree.

That weariness towards a Master’s degree in computer science also plagues cybersecurity education today, Agarwal said, comparing it to an advanced degree in Biology.

“Cybersecurity at the Master’s level is about the same as in Biology—it has no market value,” Agarwal said. “If you have a BA [in Biology], you’re a lab rat. If you have an MA, you’re a senior lab rat.”

So, imagine the confusion for cybersecurity candidates who, when applying for jobs, find Master’s degrees listed as requirements. And yet, that is far from uncommon. The requirement, like many others, can drive candidates away.

For companies that feel like the cybersecurity talent they need simply does not exist, recruiters and strategists have different advice: Look for cybersecurity talent in a different way. That means more lenient degree and certification requirements, more openness to working remotely, and hiring for the aptitude of a candidate, rather than going down a must-have wish list.

Jim Johnson, senior vice president and Chief Technology Officer for the international recruiting agency Robert Half, said that, when he thinks about client needs in cybersecurity, he often recalls a conference panel he watched years ago. A panel of hiring experts, Johnson said, was asked a simple question: How do you find people?

One person, Johnson recalled, said “You need to be okay hiring people who know nothing.”

The lesson, Johnson said, was that companies should hire for aptitude and the ability to learn.

“You hire the personality that fits what you’re looking for,” Johnson said. “If they don’t have everything technically, but they’re a shoo-in for being able to learn it, that’s the person you bring up.”

Johnson also explained that, for some candidates, restrictive job requirements can actually scare them away. Johnson’s advice for companies is that they understand what they’re looking for, but they don’t make the requirements for the job itself so restrictive that it causes hesitation for some potential candidates.

“You might miss a great hire because you required three certifications and they had one, or they’re in the process of getting one,” Johnson said.

“This is an attitude that belongs firmly in the last century,” Kranz wrote. ‘Must have a [Bachelor of Science] or advanced degree’ goes hand in hand with ‘Why can’t we find the candidates we need?’”

This thinking has caught on beyond the world of recruiters.

In February, more than a dozen companies, including Malwarebytes, pledged to adopt the Aspen Institute’s “Principles for Growing and Sustaining the Nation’s Cybersecurity Workforce.”

At Malwarebytes, the practice of removing strict degree requirements from cybersecurity job descriptions has been in place for cybersecurity hires for at least a year and a half.

“I will never list a BA or BS as a hard requirement for most positions,” said Malwarebytes Chief Information Security Officer John Donovan. “Work and life experience help to round out candidates, especially for cyber-security roles.” Donovan added that, for more junior positions, there are “creative ways to broaden the applicant pool,” such as using the recruiting programs YearUp, NPower, and others.

The two organizations, like many others, help transition individuals to tech-focused careers, offering training classes, internships, and access to a corporate world that was perhaps beyond reach.

These types of career development groups can also help a company looking to broaden its search to include typically overlooked communities, including minorities, women, disabled people, and veterans.

Take, for example, the International Consortium of Minority Cybersecurity Professionals, which creates opportunities for women and minorities to advance in the field, or the nonprofit Women in CyberSecurity (WiCyS), which recently developed a veterans’ program. WiCyS primarily works to cultivate the careers of women in cybersecurity by offering training sessions, providing mentorship, granting scholarships, and working with interested corporate partners.

Finally, for companies still having trouble finding cybersecurity talent, Robert Half’s Johnson recommended broadening the search—literally. Cybersecurity jobs no longer need to be filled by someone located within a 40-mile radius, he said, and if anything, the current pandemic has reinforced this idea.

“The affect of the pandemic, which has shifted how people do their jobs, has made us now realize that the whole working remote thing isn’t as scary as we thought,” Johnson said.

But companies should understand that remote work is as much a boon to them as it is to potential candidates. No longer are qualified candidates limited in their search by what they can physically get to—now, they can apply for jobs that may seem more appealing that are much farther from where they live.

And that, of course, will have an impact on salary, Johnson said.

“While Bay Area salaries or a New York salary, while those might not change dramatically, what is changing is the folks that might be being recruited in Des Moines or in Omaha or Oklahoma City, who have traditionally been limited [regionally], now they’re being recruited by companies on the coast,” Johnson said.

“That’s affecting local companies, which are paying those $80,000 salaries. Now those candidates are being offered $85,000 to work remotely. Now I’ve got to compete with that.”

The cybersecurity skills gap need not frighten a company or a senior cybersecurity manager looking to hire. There are many actionable steps that a business can take today to help broaden their search and find the talent that perhaps other companies are ignoring.

First, stop including hard degree requirements in job descriptions. The same goes for cybersecurity certifications. Second, start accepting the idea of remote work for these teams. The value of “butts in seats” means next to nothing right now, so get used to it. Third, understand that remote work means potentially better pay for the candidates you’re trying to hire, so look at the market data and pay appropriately. Fourth, connect with a recruiting organization, like WiCyS, if you want some extra help in creating a diverse and representative team. Fifth, also considering looking inwards, as your next cybersecurity hire might actually be a cybersecurity promotion.

And the last piece of advice, at least according to Robert Half’s Johnson? Hire a recruiter.

The post The cybersecurity skills gap is misunderstood appeared first on Malwarebytes Labs.

An unidentified party has reportedly placed the source code for Dharma ransomware up for sale on at least two Russian hacker forums, […] 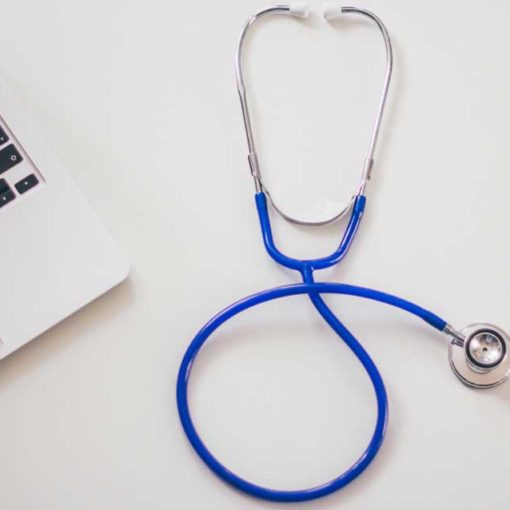 Now more than ever, healthcare workers need and deserve top-notch technical support. But between skyrocketing demand for telepractitioners and rising incidence of […] 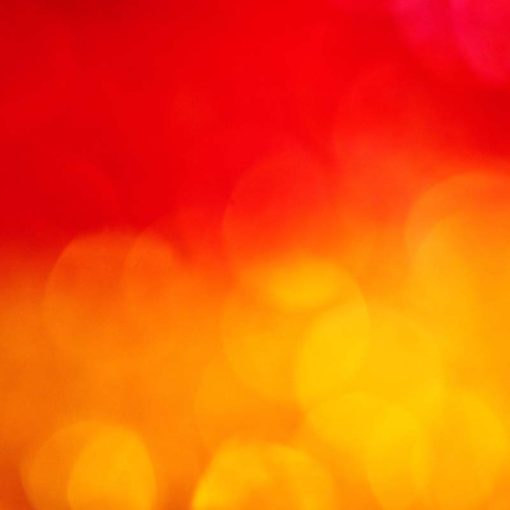 COVID-19 has created a great deal of concern and uncertainty, and we want to reassure our customers that your security remains our […] 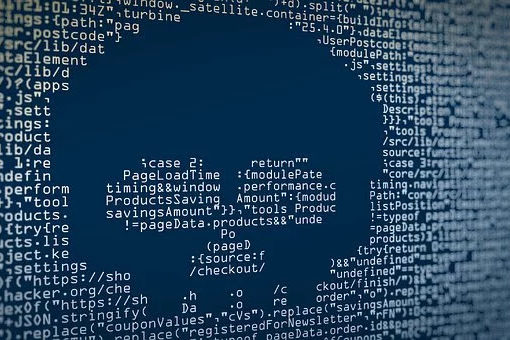 Not of late, LILIN recorders were found to be vulnerable. Reportedly, botnet operators were behind the zero-day vulnerabilities that were exploited in […]