All statistics in this report are from the global cloud service Kaspersky Security Network (KSN), which receives information from components in our security solutions. The data was obtained from users who have given their consent to it being sent to KSN. Millions of Kaspersky users around the globe assist us in this endeavor to collect information about malicious activity. The statistics in this report cover the period from May 2020 to April 2021, inclusive.

The statistics include not only banking threats, but malware for ATMs and payment terminals.

During the reporting period, Kaspersky solutions blocked attempts to launch one or more malicious programs designed to steal money from bank accounts on the computers of 79,315 users.

To evaluate and compare the risk of being infected by banking Trojans and ATM/POS malware, for each EU country we calculated the share of users of Kaspersky products who faced this threat during the reporting period as a percentage of all attacked users in that country.

* The share of unique users in the EU whose computers were targeted by financial malware in the total number of unique EU users attacked by all kinds of malware.

* The share of unique users in the EU attacked by this malware in the total number of users attacked by financial malware.

During the reporting period, we identified more than 17,317 ransomware modifications and detected 25 new families. Note that we did not create a separate family for each new piece of ransomware. Most threats of this type were assigned the generic verdict, which we give to new and unknown samples.

Number of new ransomware modifications detected in the EU, May 2020 – April 2021 (download)

Number of users in the EU attacked by ransomware Trojans, May 2020 – April 2021 (download)

Number of users attacked by miners in the EU

During the reporting period, we detected attempts to install a miner on the computers of 132,656 unique users. Miners accounted for 0.53% of all attacks and 10.31% of all Risktool-type programs

During the reporting period, Kaspersky products detected Trojan.Win32.Miner.gen (generic verdict) more often than others, which accounted for 13.62% of all users attacked by miners. It was followed by Trojan.Win32.Miner.bbb (8.67%) and Trojan.JS.Miner.m (2.84%).

In 2020, most vulnerabilities were discovered by researchers before attackers could exploit them. However, there was no doing without zero-day vulnerabilities, of which Kaspersky found:

The first quarter of 2021 turned out to be rich not only in well-known vulnerabilities, but also in zero-day ones. In particular, both IT security specialists and cybercriminals showed great interest in the new Microsoft Exchange Server vulnerabilities:

These vulnerabilities were found in-the-wild and had been used by APT and ransomware groups.

Distribution of exploits used in attacks by type of application attacked, May 2020 – April 2021 (download)

The rating of vulnerable applications is based on verdicts by Kaspersky products for blocked exploits used by cybercriminals both in network attacks and in vulnerable local apps, including on users’ mobile devices.

Network attacks were the most common method of system penetration, and a significant portion of them is made up of brute-force attacks on various network services: RDP, Microsoft SQL Server, etc. In addition, the year gone by demonstrated that everything in the Windows operating system is cyclical, and that most of the detected vulnerabilities exist in the same services, for example, in the drivers of the SMB (SMBGhost, SMBBleed), DNS (SigRed) and ICMPv6 (BadNeighbor) network protocols. Two critical vulnerabilities (CVE-2020-0609, CVE-2020-0610) were found in the Remote Desktop Gateway service. An interesting vulnerability, dubbed Zerologon, was also discovered in the NetLogon service. In Q1 2021, researchers found three new vulnerabilities in Windows network stack code related to IPv4/IPv6 protocols processing — CVE-2021-24074, CVE-2021-24086 and CVE-2021-24094. Lastly, despite the fact that exploits for the EternalBlue and EternalRomance families are old, they are still used by attackers.

* The share of unique users who encountered this threat in the total number of users of Kaspersky security solutions for macOS who were attacked.

* The share of unique users attacked in the total number of users of Kaspersky security solutions for macOS in the country.

During the reporting period, more than 80% of attacks on Kaspersky traps were carried out using the Telnet protocol.

Distribution of attacked services by number of unique IP addresses of devices that carried out attacks, May 2020 – April 2021

As for distribution of sessions, Telnet also prevails, accounting for three quarters of all working sessions.

Distribution of cybercriminal working sessions with Kaspersky traps, May 2020 – April 2021

As a result, devices that carried out attacks using the Telnet protocol were selected to build the map of attackers’ IP addresses.

Geography of IP addresses of devices from which attempts were made to attack Kaspersky Telnet traps, May 2020 – April 2021 (download)

* The share of devices from which attacks were carried out in the given country in the total number of devices.

* The share of malware type in the total number of malicious programs downloaded to IoT devices following a successful attack.

The statistics in this section are based on Web Anti-Virus, which protects users when malicious objects are downloaded from malicious/infected web pages. Cybercriminals create such sites on purpose, and web resources with user-created content (for example, forums), as well as hacked legitimate resources, can be infected.

Countries that are sources of web-based attacks

The following statistics show the distribution by country of the sources of Internet attacks blocked by Kaspersky products on user computers (web pages with redirects to exploits, sites containing exploits and other malicious programs, botnet C&C centers, etc.). Any unique host could be the source of one or more web-based attacks.

Kaspersky solutions in the EU blocked 115,452,157 attacks launched from online resources across the globe. Moreover, 89.33% of these resources were located in just 10 countries.

Countries where users faced the greatest risk of online infection

To assess the risk of online infection faced by EU users, for each country we calculated the percentage of Kaspersky users on whose computers Web Anti-Virus was triggered during the reporting period. The resulting data provides an indication of the aggressiveness of the environment in which computers operate in different countries.

This rating only includes attacks by malicious programs that fall under the Malware class; it does not include Web Anti-Virus detections of potentially dangerous or unwanted programs such as RiskTool or adware. Overall, during the reporting period, adware and its components were registered on 89.60% of users’ computers on which Web Anti-Virus was triggered.

On average, 13.70% of Internet user computers in the EU experienced at least one Malware-class attack during the reporting period.

During the reporting period, Kaspersky’s Web Anti-Virus detected 377,685 unique malicious objects (scripts, exploits, executable files, etc.), as well as 2,676,988 unique malicious URLs on which Web Anti-Virus was triggered. Based on the collected data, we identified the 20 most actively used malicious programs in online attacks on users’ computers.

** The share of attacks by the given malicious program in the total number of Malware-class web attacks registered on the computers of unique users of Kaspersky products.

Statistics on local infections of user computers is an important indicator. They include objects that penetrated the target computer through infecting files or removable storage media, or initially made their way onto the computer in non-open form (for example, programs in complex installers, encrypted files, etc.). These statistics additionally include objects detected on user computers after the first system scan by Kaspersky’s Anti-Virus application.

This section analyzes statistics produced by Anti-Virus scans of files on the hard drive at the moment they were created or accessed, as well as the results of scanning removable storage media.

Countries where users faced the highest risk of local infection

For each country in the EU, we calculated how often users there encountered a File Anti-Virus triggering during the year. Included are detections of objects found on user computers or removable media connected to them (flash drives, camera/phone memory cards, external hard drives). These statistics reflect the level of personal computer infection in different countries.

During the reporting period, on average, at least one piece of malware was detected on 18.77% of computers, hard drives or removable media belonging to KSN users in the EU.

We identified the 20 most commonly detected threats on EU users’ computers during the reporting period. Not included are Riskware-type programs and adware.

Phishing in the EU

In total, 86,584,675 phishing attempts were blocked by Kaspersky solutions in the EU, representing 21.89% of all phishing attacks around the world during the reporting period.

During the reporting period, approximately 13.4% users of Kaspersky solutions in the EU encountered at least one phishing attack.

The rating of organizations targeted by phishers is based on the triggering of the deterministic component in the Anti-Phishing system on user computers. The component detects all pages with phishing content that the user has tried to open by following a link in an e-mail message or on the web, as long as links to these pages are present in the Kaspersky database.

Pandemic-related events affected the distribution of phishing attacks across the categories of targeted organizations. However, the largest categories remained unchanged as they have done for several years: in the EU during reporting period, these were Global Internet portals (16.08%), Online stores (15.73%) and Payment systems (13.67%).

In the share of EU top-level domains (TLDs), we include all national TLDs belonging to EU member states. In the reporting period, this share amounted to 7.27%. 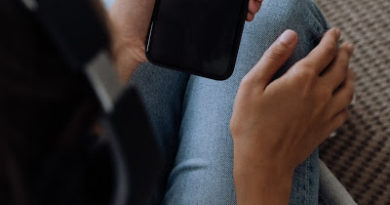 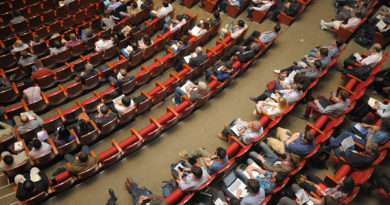