E-commerce websites continue to be targeted by online criminals looking to steal personal and payment information directly from unaware shoppers. Recently, attacks have been conducted via skimmer, which is a piece of code that is either directly injected into a hacked site or referenced externally. Its purpose is to watch for user input, in particular around online shopping carts, and send the perpetrators that data, such as credit card numbers and passwords, in clear text.

Compromising e-commerce sites can be achieved in more than one way. Vulnerabilities in popular Content Management Systems (CMSes) like Magento, as well as in various plugins are commonly exploited these days. But because many website owners still use weak passwords, brute force attacks where multiple logins are attempted are still a viable option.

Our investigation started following the discovery of many Magento websites that were newly infected. We pivoted on the domain name used by the skimmer and found a connection to a new piece of malware that turned out to be a brute forcer for Magento, phpMyAdmin, and cPanel. While we can’t ascertain for sure whether this is how the skimmer was injected, we believe this may be one of many campaigns currently going after e-commerce sites.

The malicious code was found injected directly into the site’s homepage, referencing an external piece of JavaScript. This means that the shopping site had been compromised either via a vulnerability or by brute forcing the administrator password.

The online store is running the Magento CMS and using the OneStepCheckout library to process customers’ shopping carts. As the victim enters their address and payment details, their data is exfiltrated via a POST request with the information in Base64 format to googletagmanager[.]eu. This domain has been flagged before as part of criminal activities related to the Magecart threat groups.

Using VirusTotal Graph, we found a connection between this e-commerce site and a piece of malware written in Golang, more specifically a network query from the piece of malware to the compromised website. Expanding on it, we saw that the malware was dropped by yet another binary written in Delphi. Perhaps more interestingly, this opened up another large set of domains with which the malware communicates.

The first part is a downloader we detect as Trojan.WallyShack that has two layers of packing. The first layer is UPX. After unpacking it with the default UPX, we get the second layer: an underground packer using process hollowing.

The downloader is pretty simple. First, it collects some basic information about the system, and then it beacons to the C2. We can see that the domain names for the panels are hardcoded in the binary:

The main goal of this element is to download and run a payload file, the dropped payload installs itself in the Startup folder, by first dumping a bash script in %TEMP%, which is then deployed under the Startup folder. The sample is not packed, and looking inside, we can find artifacts indicating that it was written in Golang version 1.9.

Upon execution, the Golang binary will connect to 5.45.69[.]149. Checking that IP address, we can indeed see a web panel:

The bot proceeds to report the infected computer is ready for a new task via a series of HTTP requests announcing itself and then receiving instructions. You can see below how the bot will attempt to brute force Magento sites leveraging the /downloader/directory point of entry:

Brute force attacks can be quite slow given the number of possible password combinations. For this reason, criminals usually leverage CMS or plugin vulnerabilities instead, as they provide a much faster return on investment. Having said that, using a botnet to perform login attempts allows threat actors to distribute the load onto a large number of workers. Given that many people are still using weak passwords for authentication, brute forcing can still be an effective method to compromise websites.

Attack timeframe and other connections

We found many different variants of that Golang sample, the majority of them first seen in VirusTotal in early February. Checking on some of these other samples, we noticed that there’s more than just Magento brute forcing. Indeed, some bots are instead going after WordPress sites, for example. Whenever the bot checks back with the server, it will receive a new set of domains and passwords.

There are many different weaknesses in this ecosystem that can be exploited. From website owners not being diligent with security updates or their passwords, to end users running infected computers turned into bots and unknowingly helping to hack web portals.

As always, it is important to keep web server software up-to-date and augment this protection by using a web application firewall to fend off new attacks. There are different methods to thwart brute force attacks, including the use of the .htaccess file to restrict which IP address is allowed to log in.

Skimmers are a real problem for online shoppers who are becoming more and more wary of entering their personal information into e-commerce websites. While victims may not know where and when theft happened, it does not bode well for online merchants when their platform has been compromisedW 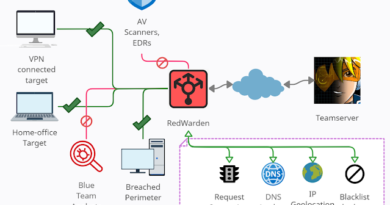