Ukrtelecom, a major mobile service and internet provider in Ukraine, foiled a “massive” cyberattack that hit its infrastructure.

The attack caused the most severe destruction observed since the invasion of the country by Russia.

“Today, the enemy launched a powerful cyberattack against Ukrtelecom’s IT infrastructure,” reads a statement issued by the State Service of Special Communication and Information Protection (SSSCIP) of Ukraine.

Yurii Shchyhol, Chairman of the State Service of Special Communication and Information Protection, announced that the attack was foiled and that the company resumed its services.

“to preserve its network infrastructure and to continue providing services to Ukraine’s Armed Forces and other military formations as well as to the customers, Ukrtelecom has temporarily limited providing its services to the majority of private users and business-clients,” the SSSCIP added.

“The specialists from the SSSCIP Ukraine promptly reacted to the situation, due to which the attack was repelled. And now Ukrtelecom has an ability to begin restoring its services to the clients,” the statement said.

Telecommunication services and companies are particularly exposed to cyber attacks during the conflict.

In early March, Orange confirmed that “nearly 9,000 subscribers” of a satellite internet service provided by its subsidiary Nordnet in France were offline following a “cyber event” that took place on February 24 at Viasat, the US giant satellite operator that provides services to the European carriers.

Around one-third of 40,000 subscribers of the bigblu satellite internet service in Europe, in Germany, France, Hungary, Greece, Italy and Poland, were impacted by the same cyber event.

After the incident, VIASAT announced on Wednesday that the “cyber event” had caused a “partial network outage” for customers “in Ukraine and elsewhere” in Europe who rely on its KA-SAT satellite.

VIASAT and international intelligence agencies investigated the incident, the NSA told CNN that it’s “aware of reports of a potential cyber-attack that disconnected thousands of very small-aperture terminals that receive data to and from a satellite network.”

VIASAT confirmed that the incident was caused by a “deliberate, isolated and external cyber event” and added that its network is still facing problems as confirmed by Netblocks.

The post Ukrtelecom, a major mobile service and internet provider in Ukraine, foiled a “massive” cyberattack that hit its infrastructure appeared first on Security Affairs. 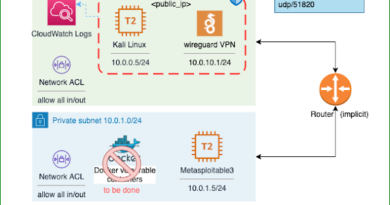